Many people believe that jellyfish are some of the smallest creatures found in the ocean, but they come in so many different shapes and sizes. As of right now, approximately 2000 types of jellyfish have been documented throughout the world, but some scientists believe that there could still be more than 300,000 species of jellyfish that haven’t been discovered yet.
We’ve put together a list of the 10 major classifications of jellyfish to pique your interest! 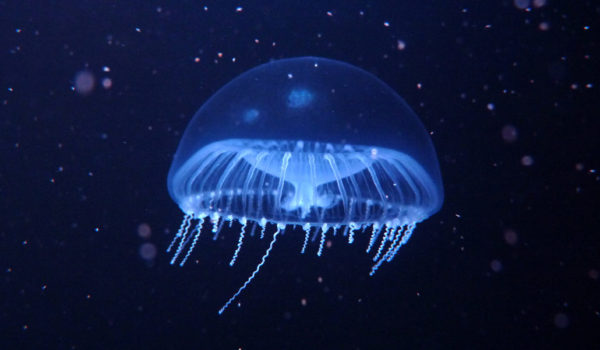 Our number one jellyfish is the Crystal Jellyfish. These gorgeous creatures reside in the oceans around the coast of North America, and they are totally colorless. These jellyfish have around 150 tentacles coming out of their bell, which looks like glass and it looks totally clear in the daylight. This transparency does give the impression of a brighter side too. Our Jelly Lamps also most resemble this type of fish! 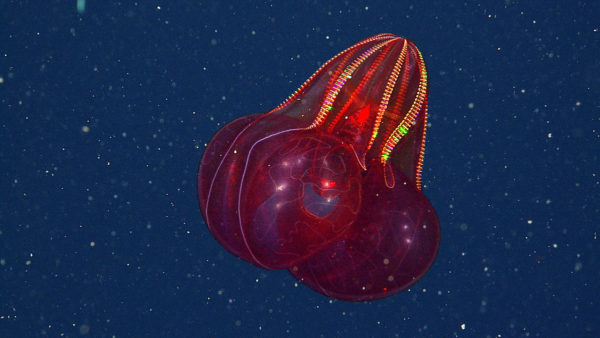 If we’re ranking cool and stunning jellyfish, then there was no way that we could avoid mentioning the Bloodbelly Comb Jellyfish towards the top of our list. These are technically comb jellies which are only somewhat distantly related to standard jellyfish. Bloodbelly Comb Jellyfish don’t have the stinging tentacles and they are pretty harmless comb jellies that won’t cause any issues for humans. 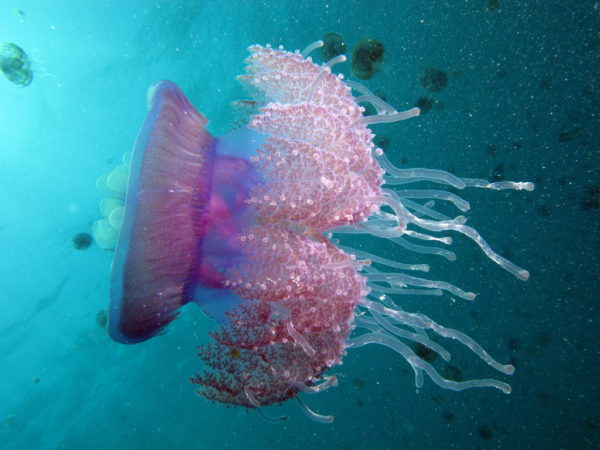 While the name of this sea creature may not sound all that spectacular, it really is a sight to behold. Its name comes from the almost wart like projections that it has on its bell that look similar to - you guessed it - a cauliflower. It’s also known as the crown jellyfish. 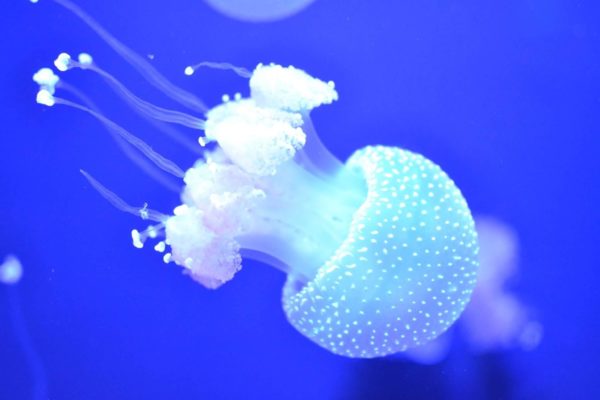 At number four on our list we have the White-Spotted Jellyfish. This jellyfish species has a fairly mild venom and because of this, any stings that you get from this jelly are completely harmless to you. In addition, the white-spotted jelly doesn’t usually even use its venom to catch food to begin with! 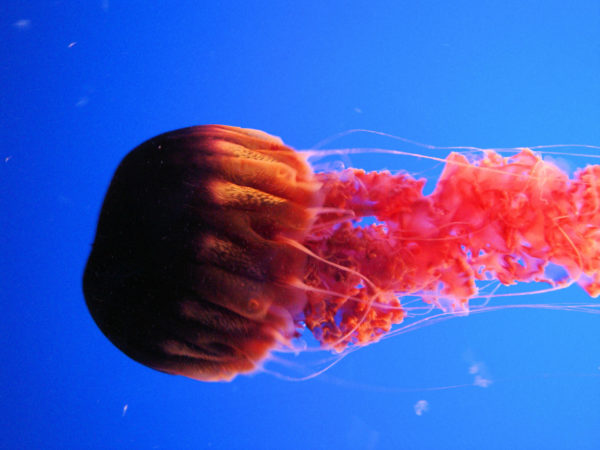 Our next option on the list is one of the largest jellyfish in the ocean (though, the title for largest goes to the Lion Mane Jellyfish). This seat critter can be found in the deep sea Pacific waters that surround Southern California. 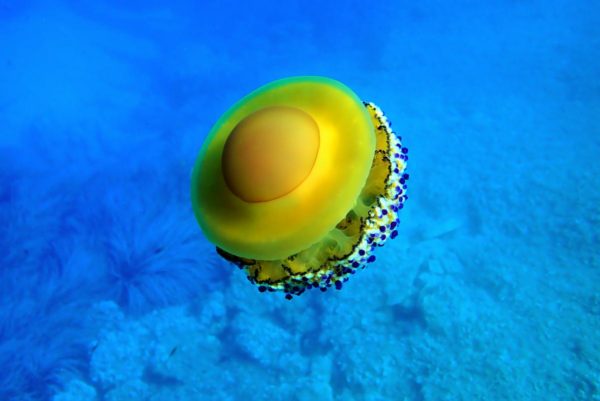 Our next impressive jelly on this list is the Fried Egg jellyfish. You may be thinking this is a pretty strange name for a jellyfish, but it has this nickname because it quite literally looks like what a jellyfish would look like if it was masquerading as a fried egg. This is yet another jellyfish that does have venom but this venom does not generally have an effect on humans. Actually, it has a sting so mild that the tentacles are sometimes used by smaller fish to give them shelter in the vast ocean. 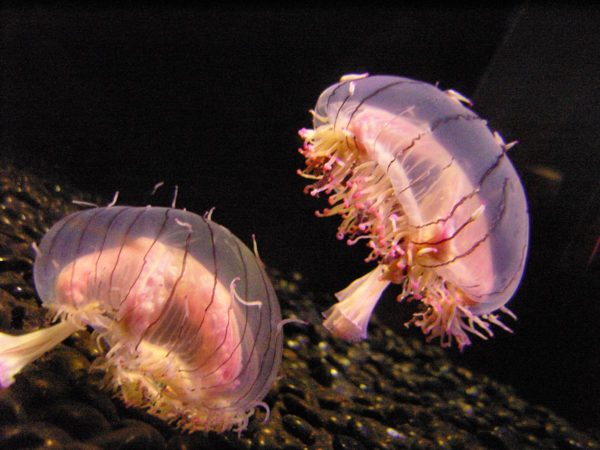 Contrary to what you may be imagining in your mind, this species is not one that wears a floral hat - we know, we’re disappointed too! Looking at a photo of one of these jellies will demonstrate where the jellies get their name from. This jelly, seventh on our list, are endemic to the Western Pacific and are commonly found off the coast of Southern Japan and in the Brazillian and Argentinian waters. 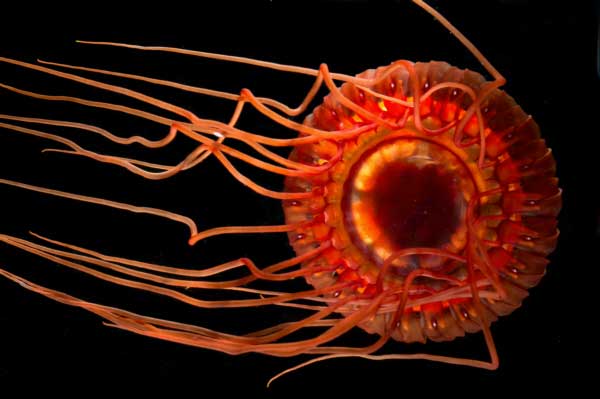 Number eight on our list is the Atolla Jellyfish. This jellyfish is also known as the Coronate Medusa jelly, and it can be found across the globe. Similar to a lot of deep sea-dwelling creatures, the Atolla jelly has incredible bioluminescent abilities. 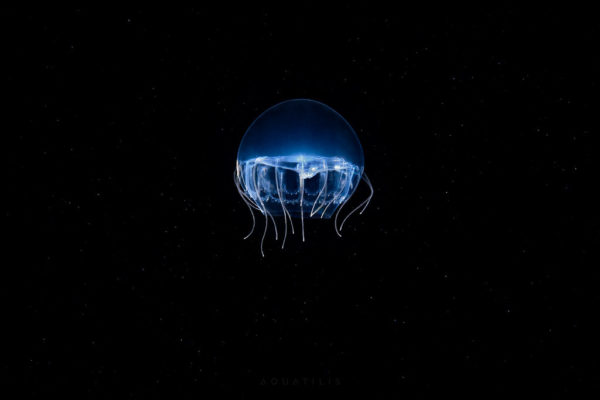 Among all of the different species of jellyfish, this is a rather strange jelly in that it doesn’t just have one, but two stomach pouches. This jelly is able to fill both of these pouches with prey. It holds its long tentacles in front of it as it swims.

The last jelly on our list is yet another of the largest jellyfish out there, the Pink Meanie jellyfish. This jelly has only been first observed in large groups since the year 2000 off the Gulf of Mexico, so considering their size it’s a bit of a mystery as to how these jellies hadn’t already been discovered sooner.

Added to your cart: